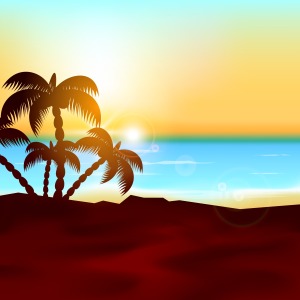 Over 3000 years ago Moses led the Jews out of Egypt. They saw many miracles in Egypt before they left—the ten plagues. They were showered with gifts by the Egyptians as they left Egypt. At the Red Sea they saw the Egyptian army descending upon them. They doubted God. They didn’t really believe God was good. They didn’t believe that God really cared about them.

Then they saw the Red Sea swallow up their enemies as God protected them. They were able to go to the Promised Land. It was a land of wealth and abundance. There were houses already built and crops already planted. They could take the land, God promised, and live in houses they didn’t sweat and labor to build and eat crops they didn’t burden themselves to plant.

But they didn’t really believe God was good. They didn’t believe God cared about their finances, even though He showered them with gifts from the Egyptians.

Henry Ford said “Whether you believe you can or believe you can’t, either way you are right.” We can learn from super successful people like Ford. He helped the allies win World War 2. Most people thought it would be nearly impossible to design a factory to build heavy bomber aircraft at a rate of one a day. Germany had done it, perhaps, but they were far ahead of the US in the war effort.

Henry Ford designed an aircraft factory but it didn’t build one heavy bomber a day. It built one every 55 minutes. Hitler couldn’t believe it was possible. The massive output of bombers helped the allies defeat Germany.

So what Ford was saying was that if you believe you can, you will have the faith to do it. Jesus talked a lot about faith. Many atheists believe in the power of faith. East Germany had more Olympic gold medal winners per capita than any other country because they knew how to instill faith in their athletes.

So the Israelites stood looking at the Promised Land. They didn’t really believe God would make them rich like he said he would. Since they didn’t believe it, they didn’t get the blessings God had in store for them.