No longer a slumdog 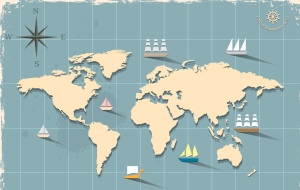 An amazing story from the book No Longer a Slumdog by KP Yohannan:

I was born and brought up in a Dalit society where we were very much oppressed and downtrodden by the higher people. There are a lot of people who practice untouchability here (India) who won’t share a bench with someone from a low caste or share food with them or anything.

I went to school up to the third grade, but I had to discontinue when my father became ill. Suddenly there was no one to support the family, so I, being the eldest son, had to start working. My dreams were all shattered. I worked in house construction, making and carrying bricks or cultivating wheat fields.

We didn’t have breakfast, and we didn’t have lunch all that we had was dinner. I was so hurt and very sad when I saw that we worked hard the whole day but only made enough for one meal while others who didn’t work as hard had more than enough. We were sometimes paid late, and then there was no food at home.

Sometimes we would take a debt to pay for our rent and then we would have to take more. You know, it is kind of a cycle. You get debt and you work. You are not able to pay back and so you keep working for them. And that is what used to happen to us.

Even when my father became well enough to work, we still could not afford school for any of us. Our family and our needs had grown. He went to the neighboring state to look for a job and took me with him.

While we were there, he came to know the Lord Jesus and became the first believer in our village. My father used to pray and read the Bible and take me to church. But I was not interested at that time and went back to my home village.

Later I was married, and we both were working for the landlords. I always wondered, when are we going to improve this situation? I have to get liberated from all this kind of bondage.

And it is a bondage. But the problem was, even though I wanted to get freedom from this, I could not because we were not educated. I didn’t understand how to get liberated. I wanted freedom, but there was no way to get out. In the society that I grew up in, it is destined. I could not become a higher caste person because the cycle is always there, and this is what I believed. It was all normal life for us.

After some years I became sick and could not tell east from west, and I could hardly stand. My family did all sorts of pujas and rituals for my healing, but nothing worked. My father came, and for six years he prayed for my healing, shared the gospel with me and encouraged me. But then one night, he asked some other Christians he knew to pray for my healing. My family who did not know the Lord said, “If Jesus can heal him then we will accept Jesus as our savior.” That was the challenge they set.

As my father prayed, I felt a strange kind of feeling. The next morning, I was able to ride my bike again. I was completely healed. The whole village was shocked. They had not known Christ could do such a thing.

Because of this miracle, I gave my life to the Lord. I understood that I was freed from the bondage of the caste system. In Christ, there is no high caste, no low caste. And when the barrier is not there, I am no longer under bondage. I am free only in Christ.

And this is what I love. My main desire is to go and make people here in the village realize that we can be freed. If people can realize there is no difference in a person, whether from a Dalit society or from high society, their bondage will be broken. Their eyes will be opened. So I always pray, every day, that the people in my village we are all the same in Christ.

Disclosure of Material Connection: Some of the links in the post above are “affiliate links.” Recommended Books is one such link. This means if you click on the link and purchase the item, I will receive an affiliate commission. I am disclosing this in accordance with the Federal Trade commission’s 16 CFR, Part 255: “Guides Concerning the Use of Endorsements and Testimonials in Advertising.”
Loading Comments...
Comment
×
%d bloggers like this: