What is preventing you from achieving your goals and dreams? 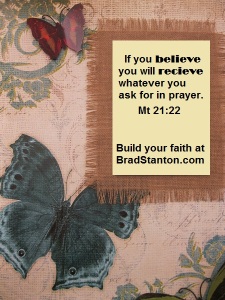 After many attempts at eating the Mackerel and bumping his nose on the glass, the Barracuda finally gave up. After some time the scientists removed the glass barrier between the two fish. The Barracuda had tried so many times and failed to eat the other fish that it assumed it could not do it. The two fish swam together without hurting each other.

What is preventing your success?

We all have invisible barriers that prevent success in getting what we want or feel is right. For example, if an office worker works hard year after year and only gets cost of living raises, he will probably give up on getting a big raise. In a marriage relationship, if one person always acts selfish, after some years the other usually gives up and just learns to live with the selfishness. Children who refuse to study hard in school often find that their parents give up trying to change them after some years.

The good news is that there is often a solution to the problem, and if you find the key to success, you can unlock the door that holds you back from your hopes and dreams.

The Law of Attraction says that whatever you think about with strong emotion, you bring about (attract) into your life. Olympic athletes are trained to imagine themselves going through their routine flawlessly and then standing on the platform to receive the gold medal. Many people who have achieved amazing success in starting businesses or writing books say that they used the Law of Attraction to help them achieve goals.

This means that if you think about achieving your goal, and you have good emotions involved with it, your subconscious mind goes to work to achieve your goal. However there is more to it than that. Jesus said there is supernatural power that helps you when you believe.

It is hard for some people to believe that there is a God in heaven who loves them very much, but if you can believe it, you can also believe in prayer. Jesus said that everything is possible for one who believes. (Mark 9:23). It may take years to develop strong prayer faith, but it is certainly worth it.

The problem is that many people pray and don’t get what they ask for, so they begin to feel that prayer doesn’t work. They don’t take time to search the scriptures to find out what they are doing wrong. Jesus said that the key to answered prayer is faith, but faith is hard to develop.

On the other hand, if you think positive thoughts about that person, it tends to bring about good actions and attitudes from that person.