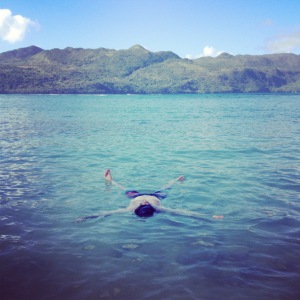 Tom Smith floated in the Caribbean water and let his mind wander to the incredible journey his life had brought him through. Seven years ago he was broke, depressed, divorced and wishing he could die. He had lost his job and his wife. He felt he had nothing to live for. But now he was having the time of his life, and it all came about from one chance meeting with an old friend.

He met Oscar Lancaster in a bar as he was trying to drink away his problems. “Hey Oscar, what up?” Tom had said as he saw Oscar sit down at the bar.

Oscar’s face lit up as he shook Tom’s hand. They began talking about old times. Soon Tom was pouring out his heart to Oscar about how bad his life was.

“Come with me to a positive thinking seminar tomorrow night, Tom,” Oscar said. “I know you will love it, it’s just what you need.”

It sounded boring, but Tom had plenty of time and very little money, and since the seminar was free, he agreed to go with Oscar. What he heard that night rocked his world. He had never thought about some of the ideas the speaker presented, and they made sense.

The presenter asked the question “What would you do if you knew you could not fail?” He mentioned taking inventory of your life and deciding what you do well. He said it is important to set goals and to believe you can reach your goals. He gave a motivational speech about learning how to enjoy your work so that you can work faster, harder and with less effort. Most importantly he said, “never, never, never give up,” a quote from Winston Churchill.

Tom felt the warm water gently rocking him as he floated along, and he thought about how he had learned to go with the flow of the stream of love and wellbeing that flowed through the universe. He had gone against the flow so often in his past, without knowing that he was doing it. It made life so much more difficult.

At the seminar he learned about Dani Johnson, who went from being homeless and living in her car, to millionaire in less than two years. She had flown to Hawaii and was working as a cocktail waitress, but she was $35,000 in debt and didn’t have enough money for a hotel. She had only a few dollars in change but begin selling weight loss products.

Also there was the story of Paul Orfalea who was born with very few advantages. He had learning problems in school and ADD. Not a great way to start life. He was labeled a failure at an early age. But like many other people who have achieved great things in life, he found confidence and was able to work his way out of a life of mediocrity. Now he gives millions of dollars to charities and schools and helps many people.

Stephen J. Cannell failed the first grade, he also failed the fourth and tenth grades. He realized that he was not a good student when he spent five hours with his mother studying for a test and then failed it. It didn’t help at all that his friend got an A on the test without studying. But he had a good imagination and found he could write stories well. He eventually wrote over 350 scripts for 38 different TV shows and had 2000 people working for him.

After that fateful seminar, Tom asked Oscar for a book to read that might help him make money because he was unable to pay his bills. Oscar emailed him a copy of “The Laws of Success” by Napoleon Hill. He had found it free on the internet.

At first Tom was very disappointed in the book, because there was no definite advice about any certain stock to buy or company to start. But the more he read, the more he realized that every idea in the book was a powerful concept that he could use to be successful in not only making money, but in relationships, career, losing weight, sports and just about anything else.

Tom read a blog that discussed topics similar to “The Laws of Success.” They were a little more modern-day than the book, but he realized the basic concepts were the same.

Tom decided to start a small company tutoring students. He bought a book on networking to learn how to get the word out about his company cheaply. He found a few friends who were willing to invest a few hundred dollars each on advertising for the new company. Soon he had more students than he had time to tutor, so he hired teachers to help him part time.

Tom used the Mastermind principle from “The Laws of Success” to put together a group of people who wanted to make money. They came up with some great ideas, and as they worked together, they made a pretty comfortable living. Tom wasn’t a millionaire, but he was happier than he had ever been. The positive thinking ideas turned him from a pessimist to an optimist. He was able to find the good in everything instead of getting discouraged about the bad things he constantly read and heard about in the news. He learned to really enjoy life, to enjoy the little things.

Tom floated for a few more minutes and then went back to the shore where his girlfriend was waiting for him with her winsome smile. Yes, life was good, really good.

I don’t often take the 1000 word challenge, but this time I thought I would and it has been fun. For those of you that don’t know about it, click the link below. The WordPress people explain what the challenge is. You don’t have to write exactly 1000 words, but just for fun I decided to write EXACTLY 1000 words, so I have got to stop here.