The smallest makes the biggest 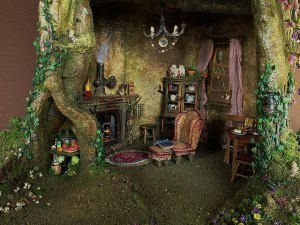 Sometimes the biggest results come from the smallest beginnings.

Have you ever stopped to think about how tiny an atom is?  But strangely enough the most enormous power ever seen from a bomb is released from tiny atoms of uranium or plutonium. These atoms are split, releasing enormous energy. But these atoms are much larger than some of the smaller atoms. The hydrogen atom is the very smallest of all atoms and yet the hydrogen bomb is much more powerful than the atom bomb.  It gets its enormous power from fusing hydrogen atoms together.  Isn’t that amazing?  The most powerful force known to man at this time comes from the smallest atom.

Prayer is the same way.  We may think that our prayers are small and insignificant, but God knows that they are not.  I heard a preacher say that he began praying for the country of Libya during a certain year.  Seven and a half years later he talked to a man at a conference who told him that he had a high government job in Libya.  He personally killed over 90 people as part of his job.  That was in the days that Libya was heavily involved in terrorism.  But one day he suddenly had a burden to become a Christian.  He became a Christian and some of the other officers found out about it. He was brought before the leader who told him he would have to renounce his Christianity or be killed.  He said he could not renounce.  Later he was taken away to be tortured but he escaped from the prison by a guard who helped him.  He went to another country and began preaching on the street corners.  But he learned through the grapevine that a team was sent from Libya to kill him.  So he moved to another country.

Later he ended up at the conference talking to the preacher that prayed for Libya.  The preacher was absolutely amazed that he had become a Christian the very month that he started praying for Christians in Libya.

Do you feel your prayers don’t matter? Don’t feel that way. Your prayers are much more powerful than you realize.