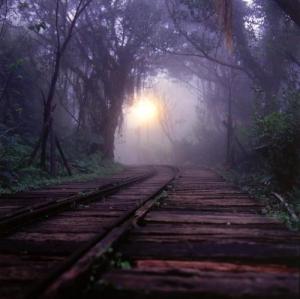 One of the simplest, yet best quotes I ever heard was from Winston Churchill. He said “Never, never, never give up.” He had a very difficult life. His parents put him in a boarding school while they lived without him. He wrote letters begging his parents to come visit him there, but they seldom did, even though their travels sometimes took them quite near the school. But his rejections in life made him strong, strong enough to lead Great Britain through one of her most challenging and darkest periods of history, World War II. Many people couldn’t cope with the difficulties of the Nazi bombing of London, but because of the many difficulties Churchill had faced and conquered, he was able to stay strong and motivate that nation to never give up.

Harland Sanders, better known as Colonel Sanders failed many times in his life. His father died when he was five years old. His mother had to find any work she could, so she worked in a tomato-canning factory. Harland dropped out of school when he was 12.

Harland had many jobs, including: steamboat pilot, railroad fireman, insurance salesman, and farmer. His marriage failed; his wife left him when he lost a job. But he did not give up on life. He started a service station in which he cooked chicken dishes, country ham and steaks for the customers at the gas station and people liked the food so well that he started a restaurant. The restaurant did well for a long time.

He experienced another failure at the age of 65 due to a new interstate being put in which took traffic away from his restaurant. But he didn’t let that deter him. He paid off all his debts which left him with very little money. He left home with $105 from his Social Security check and a pressure cooker in the back of his truck to cook chicken, he traveled around the country visiting potential franchisees. His idea of a new chicken restaurant was rejected over 300 times. But finally he met success, and the rest is history, as they say. Now there are well over ten thousand Kentucky Fried Chicken restaurants in over 80 countries in the world. Colonel Sanders did not let failure beat him down. He had a dream and goals and was willing to be persistent in reaching them. After years of hard work he is now known for excellence all around the world. It would not have happened if his restaurant had not failed due to the new interstate highway.

Have you failed? Everybody has. Maybe you feel you have failed more than most people. Churchill and Colonel Sanders probably felt that way. But they became champions because of their difficulties. So can you!   https://bradstanton.com/10-keys-to-success/