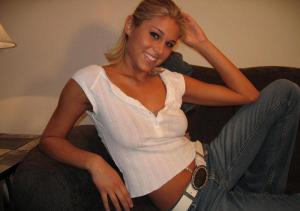 The girl is the translator, in case you wondered.

A man knew that his grandmother was rich and about to die. He went to visit her and help her in any way that he could. She told him that she had half a million dollars hidden underneath the floorboards in the kitchen. She wanted him to have it because he was the only one that cared enough about her to come and take care of her.

After the grandmother’s funeral the man retrieved the money and dug a hole in his backyard to bury it. The next day he went out to check on the buried treasure. All he found was an empty hole. As he inspected the area, he saw footprints from the hole leading to the house next door, which was owned by a deaf-mute. He knew he needed someone to translate to the deaf mute

Down the street lived a woman named Sally who had a deaf brother, so she understood sign language, so the man hurried to her house and brought her to the deaf-mute to interrogate him. He brought his hand gun hidden under his coat.

He screamed at Sally, “Tell this deaf-mute that I know he stole my money and that if he doesn’t give it back I will kill him!” Sally signed the message to the deaf mute, who replied in sign language “I hid it in the cupboards in the basement.”

Sally then turned to the man with the gun and said “He says he will never tell you where the money is, even if you kill him.”